Levi Strauss was a genius 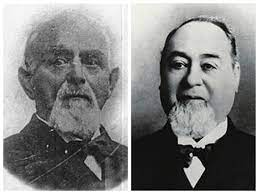 In 1873 in the city of San Francisco a legein was created. It’s a living legend as we still use it exclusivity today. Its probably the most recognisable piece of clothing in the world and there is barely a country on earth where a pair is not being worn. They are denim and the creator of this incredible fabric and clothing wear is Levi Strauss. It’s not just jenas in the Levi’s range. If you got to EJ Menswear you’ll see Levi shirts as well. 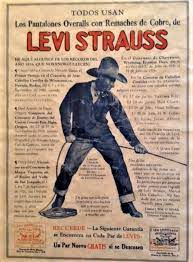 Strauss was a typical North American at the time in that he was an immigrant from Germany. Like many in Europe he came to North America to escape poverty and persecution for his Jewish faith. He moved with his family to be with his brothers who had already established a dry goods shop in New York. Moving to San Franciso Strauss imported the goods from his brothers and sold them in his own establishment.

It was a meeting with Jacob W Davis that ensured his success and legacy. Both men patented a range of denim workwear that was different from regular clothing in that it used a brass revit system sealing together. This greater strength was perfect for the burgeoning manufacturing and farming base that the country was building. As the 20th Century arrived the face of jeans as workwear began to change and a more fashion element began to take hold. Jeans remained and still are. Used for workwear but the sheer versatile of the fabric means that we are constantly finding ways to use this fabric.